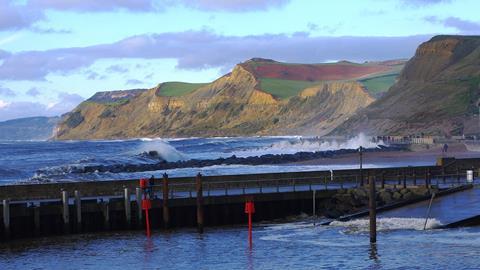 Counting down to first place, here are the most popular features on the Group Leisure & Travel website for the year.

Audiences of ITV’s popular crime drama television programme were hooked, and to mark the start of the third series of Broadchurch, we looked at some of the locations used in the filming. As fans may know, the seaside town of Broadchurch doesn’t actually exist…but there are plenty of other locations for groups to visit as highlighted in this article, from West Bay and Bridport in Dorset to Clevedon in North Somerset.

9. Regional theatre review: Bat Out of Hell, The Musical

“By the time you leave the theatre after watching Bat Out of Hell, you’ll wish they’d done it sooner”, commented Sarah Holt, who reviewed the show at Manchester Opera House. With Christina Bennington (Raven) giving a flawless performance of Heaven Can Wait and Danielle Steer’s soulful voice, it was a show to remember. The Jim Steinman musical is returning to London’s West End from April 2018 with tickets on sale now.

Pictured: Bat Out of Hell, The Musical (Photo credit: Specular).

8. 48 hours in and around Shakespeare’s England

GLT’s Rachel Bailey fell in love with the area, covering Stratford-upon-Avon, Warwick, Kenilworth, Royal Leamington Spa, spending 48 hours exploring what it has to offer. She walked along the Cotswolds Way, enjoyed afternoon tea at The King’s Hotel in Chipping Camden and visited the MAD Museum, just a few doors from Shakespeare’s Birthplace. The article showcased just some of the things GTOs can organise to visit.

We got all interactive with this article and a special map from VisitEngland highlighting the world-famous authors and literary destinations. Marking the 200th anniversary of the death of Jane Austen, there have been plenty of literary-themed trips for groups in 2017. Releasing the map, VisitBritain director, Patricia Yates, said: “Britain’s myriad of literary heroes - their birthplaces, writing spots and the landscapes that inspired them - motivate readers to explore the country and visit those destinations that bring the stories to life.”

5. Finalists for GTO of the Year Award revealed

It’s no surprise that among the most read articles was this, the reveal of the final four up for this year’s Group Travel Organiser of the Year Award. We told you about the finalists: Marian Durbidge of the Herts Theatre and Go Together Travel Club; Pete Fincham of South East HASSRA; George Guest of the St Lawrence Group; and Sue Poole  of Wooburn Outings. After a judging day in London, Marian Durbidge was announced as the 2017 winner at the Group Leisure & Travel Awards ceremony held at the Hilton Birmingham Metropole on 11th October. Congratulations Marian.

Paul Maguire, former judge at the Edinburgh Comedy Awards, previously known as the Perrier Awards, explained the rise of comedian Jonathan Pie in this review of his show at The Lowry Theatre in Salford Quays. He told readers that if you like your comedy a little edgier than Michael McIntyre then Jonathan Pie: Live will give you a “large amount of belly laughs, biting political satire and though provoking social commentary”.

3. The Excellence Award 2017: Meet the finalists

In third place was the article announcing the final candidates for The Excellence Award 2017.  Recognising outstanding service to GTOs by individuals in the travel trade, the award is one of the highlights of the Group Leisure & Travel Awards. Mark Williamson, of the National Civil War Centre/Palace Theatre & Newark Visitor Information Centre, Helen Ward of Groups Direct, Glen Thomas of Travelsphere, Just You & G Adventures, and Dawn O’Farrell of Ramblers Walking Holidays were the final four. Congratulations to Glen Thomas who was crowned the winner at the awards ceremony in October after the public vote.

Our second most read article of 2017 was Laura Sexton’s review of the Annie musical revival at the Piccadilly Theatre in London. She was transported to 1930s New York for an angelic performance by Madeline Haynes, who played Annie. With “effortless scenery” and a “dose of positivity” it proved a heart-warming show, a “real tonic”.

In first place, the most read article of 2017 was of course, the champions of the Group Leisure & Travel Awards. Voted for by readers of Group Leisure & Travel and marking its 20th year, the awards recognise the best destinations, attractions and providers in the group travel industry. The winners were revealed at a glittering ceremony held at the Hilton Birmingham Metropole hotel on 11th October.

Pictured: The winners of the 2017 Group Leisure & Travel Awards.

Want to ensure you don’t miss a thing? Make sure you get our free weekly e-newsletter. It’s the editor’s pick of the best news and features from our website every Thursday.