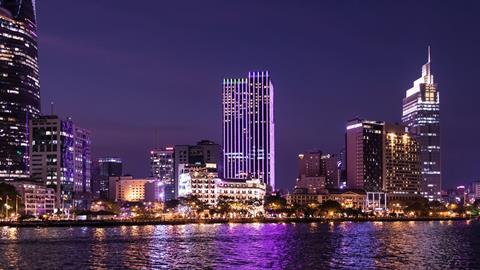 10 of the best city-break cruises

Why take your group to just one city when they can go on a sea voyage and tick off both great cities and unsung heroes in one go? Jane Archer picks ten of her favourite city-break cruises.

Ho Chi Minh City is a vibrant metropolis, full of history, culture and so many motorbikes that just crossing the roads takes courage. It’s also the latest go-to city in Asia, where tours reveal underground tunnels used during the Vietnam War, colonial architecture and bustling markets. Silversea’s Silver Shadow will be docked in the city for two nights on cruises around the coast next year. During a two-day stay in Bangkok, temples, tuk-tuks and Thai dancing are among attractions.

The Baltic is a dream for city-break lovers, with no fewer than eight capitals either on the coast or within easy reach of the sea. Fred. Olsen’s Capital Cities cruise ticks off six in 14 days, and even includes overnights in St Petersburg in Russia, home of the world-class Hermitage Museum, and in Stockholm, where the Vasa warship and ABBA museum are must-sees. Calls at Copenhagen in Denmark, Helsinki in Finland, Tallinn in Estonia and Oslo in Norway round off the cruise.

Find it: Fourteen-night Capital Cities of the Baltic cruises depart 9th May 2019 and 11th July 2019 from Newcastle and Rosyth respectively.

Pictured: The port at Genoa.

Genoa is not on most must-visit-city lists but it boasts beautiful Baroque and Renaissance architecture, magnificent UNESCO-listed palaces, claims Christopher Columbus as its own and makes the best focaccia in the world. MSC Cruises’ MSC Seaview is calling there as it sails around Spain, Italy and France, a journey that means you can explore the Colosseum in Rome, go celebrity-spotting on the beaches in Cannes, party in Palma and learn why streets, squares and statues in Ajaccio, Corsica, pay homage to Napoleon.

With Porto at one end, the Spanish city of Salamanca at the other and plenty of port wine tasting in between, it’s easy to see why cruising the Douro in Portugal, known as the River of Gold, is so popular. Between them these cities have beautiful churches, imposing architecture and grand squares that can’t help but impress. AmaWaterways adds an extra dimension by pairing a one-way cruise on the Douro with three nights each in Lisbon and Madrid, home of the world-famous Prado Museum.

You could book one of P&O Cruises’ one-week voyages from Valletta and add time in Malta at the start or end or opt for a 14-night trip that circles back for a day in the city mid-sailing (discover 7000 years of island history in 45 minutes at the Malta Experience or take a trip to the ancient walled city of Mdina). Choosing the longer cruise adds days in the cities of Venice, where St Mark’s Basilica and the Doge’s Palace are highlights, and Monte Carlo.

6. Get the Athens buzz

One of the oldest cities in the world, Athens is home to the centuries-old Parthenon, the outstanding Acropolis Museum and the Agora, once an ancient marketplace, today a buzzing maze of streets lined with shops and restaurants. You can see them all on day in the city on a voyage around the Eastern Mediterranean with Norwegian Cruise Line. It also calls at Messina in Sicily, and Naples and Florence in Italy, where highlight tours visit the Uffizi Gallery, home to one of the world’s greatest art collections.

Find it: Ten-day Greek Isles and Italy cruises round-trip from Civitavecchia (Rome) depart between 12th May and 3rd October 2019.

Pictured: The Odessa National Academic Theater of Opera and Ballet.

Cruise lines pulled out of the Black Sea when Russia invaded the Crimea in 2014 but Voyages to Antiquity is back next year with a cruise to the Ukrainian city of Odessa. Founded by Russian empress Catherine the Great, it boast tree-lined boulevards, classical, Renaissance and Asian-style architecture, a grand Opera House and the Potemkin Steps, made famous in the film Battleship Potemkin about the 1905 sailors’ mutiny. Constanza in Romania, Varna in Bulgaria and two nights in Athens complete the city line-up.

Communist rule in Eastern Europe ended in the early 1990s but cities behind the former Iron Curtain remain largely unknown to many. Dip into Bucharest and you find the oversized Palace of the Parliament built by former Romanian dictator Nicolae Ceausescu, while Serbia’s capital, Belgrade, has the world’s largest Orthodox Church. You’ll see both on a river cruise along the Lower Danube with Emerald Waterways, and also visit Osijek In Croatia, which counts art nouveau architecture and the neo-Gothic Church of St Peter and St Paul among attractions.

Find it: Nine-day Enchantment of Eastern Europe cruises between Bucharest and Budapest depart April to July and October 2019.

The famous fiery red fall foliage in New England and Canada is spectacular but the cities along the coastline are even better. Holland America Line visits Newport, Portland and Halifax, where you can explore the oldest synagogue standing in the US, tuck into the best lobster in the world and visit the graves of Titanic victims. It also calls at Boston, famous for that Tea Party that started the American revolution, and Quebec, where chic shopping, French restaurants and the stunning Chateau Frontenac are attractions.

Find it: The ten-night Colors of Canada and New England cruise from Quebec City to New York departs 19th September 2019.

It’s so easy to take city breaks abroad that we forget the great metropolises on our doorstep. Not Cunard, which is visiting Liverpool, Glasgow and Belfast on a cruise around the British Isles next year. There are masterpieces by Rembrandt, Titan and Dali in the Kelvingrove Gallery in Glasgow, majestic architecture in Belfast and memories of the Beatles in Penny Lane and the Cavern Club in Liverpool.

Find it: The 12-night Around the British Isles cruise round-trip from Southampton departs 11th August 2019.