Royal Collection Trust has announced its programme of group visits and private tours at the official residences of His Majesty the King for 2023. 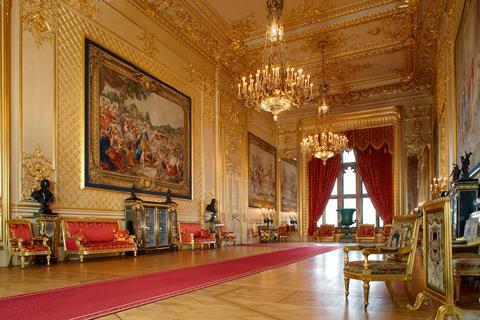 As ever, there is much to enjoy next year at Windsor Castle, Buckingham Palace and the Palace of Holyroodhouse, including exclusive experiences for groups.

The new Group Visits & Private Tours 2023 brochure is now also available. In the guide, group organisers can find tour options, pricing, plus information about coach parking, and refreshment options at the different venues.

For the first time, groups will be offered the opportunity to experience a private view of Queen Mary’s Dolls’ House from March to October 2023 (excluding July and August). This 1920s Dolls’ House was never intended for children but instead to showcase the best of British craftsmanship and design in the aftermath of World War One.

The house features working lifts, electric lights and a fully stocked wine cellar, all at a 1:12 scale. Visitors can explore the history of the Dolls’ House, marvel at its contents and learn how conservators meticulously care for this royal residence in microcosm. 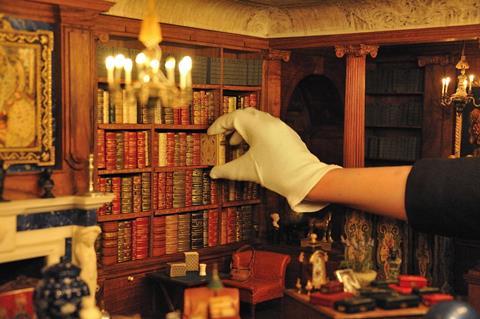 For the first time, groups will be able to enjoy a private viewing of Queen Mary’s Dolls’ House at Windsor Castle in 2023.

The popular special visit ‘Queen Elizabeth II’s Life at the Castle’ will once again be available to groups between March and October 2023. This option offers the chance to learn how Windsor remained a constant throughout the late Queen’s life, from her childhood during wartime to countless state occasions and personal moments over the course of her 70-year reign.

Both special visits include a chance for groups to explore the State Apartments at their leisure with a multimedia tour.

After-hours tours at the Palace of Holyroodhouse

Throughout 2023, groups can enjoy private after-hours tours of the Palace and learn about its most famous inhabitants, from Mary, Queen of Scots to Bonnie Prince Charlie, and the Palace’s role today as the King’s official residence in Scotland.

These tours are the only opportunity to see the West Drawing Room, used by His Majesty and members of the royal family as a private Drawing Room. Tours include a guidebook and a glass of English sparkling wine. 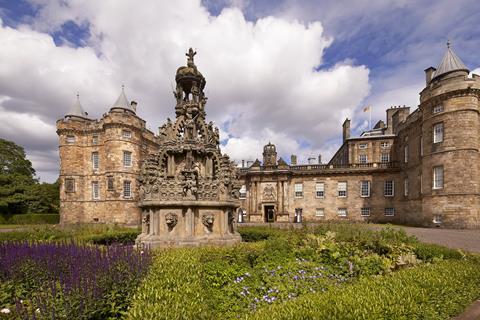 The Palace of Holyroodhouse in Scotland.

Once inside you can explore the State Rooms which play host to ceremonial occasions and official entertaining, where the King and members of the royal family welcome guests from all walks of life.

The Garden Highlights Tour explains the history of Buckingham Palace’s 39-acre garden, taking groups to the beautiful Herbaceous Border, the wisteria-clad summer house and Rose Garden, the enormous Waterloo Vase and the Palace tennis court, where King George VI and Fred Perry played in the 1930s.

Between the multimedia tour of the State Rooms and the guided tour of the garden, the itinerary allows time for groups to take in panoramic views of the lawn and the lake, enjoy tea and cakes from the Garden Café and to visit the Garden Shop. 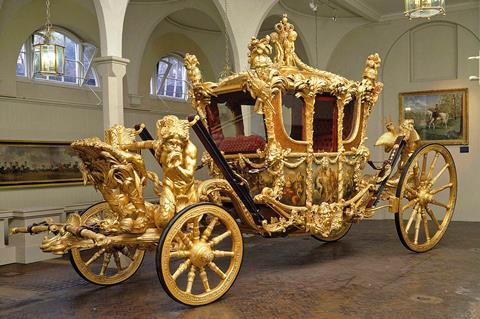 The Gold State Coach, which has carried every monarch to their coronation since 1821, can be seen at the Royal Mews.

Coaches and carriages at the Royal Mews

Since the 19th century, the Royal Mews at Buckingham Palace has been home to the royal collection of coaches and carriages and oversees the transport arrangements for the royal family during State and ceremonial occasions, including coronations, royal weddings and Trooping the Colour.

Visitors will have a chance to get up close to the dazzling Gold State Coach, which has carried every monarch to their coronation since 1821 and recently played a starring role in the Platinum Jubilee Pageant in 2022. The Mews is also home to the Windsor Greys and Cleveland Bays, the horses that pull the carriages.

Details of group discounts and special private talks and visits are included in the Group Visits & Private Tours 2023 brochure, available now. To download a digital brochure click here, or to receive a copy or to make a booking, visit www.rct.uk, telephone 0303 123 7321, or e-mail bookinginfo@rct.uk.