Goodbye to Neighbours and tears for Cinderella

It’s been another busy month for Grumpy Group Organiser, who shares his thoughts on Aussie TV soap Neighbours getting axed, Putin’s attack on Ukraine and Andrew Lloyd Webber’s phone tantrum that had his Cinderella cast in tears. 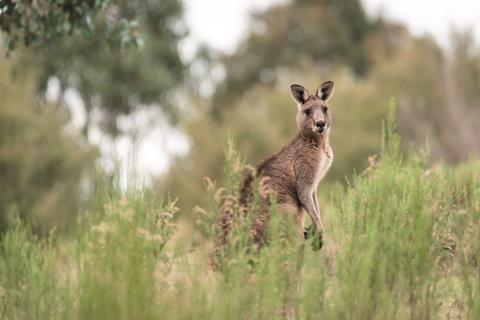 Watch out, the tourists are coming!

Australia is open at last but no more Ramsay Street

Australia finally opens its borders to international tourists after two years, at the same time as soap opera Neighbours calls it a day. I guess you’ve got to take the rough with the smooth. I remember when this Aussie TV phenomenon hit our screens in the 80s and the occupants of Ramsay Street became household names.

Of course, both TV and film link so well with tourism and my group often want to visit locations and areas from some of their favourite programmes. We’ve done Highclere Castle for the fans of Downton Abbey, various places in Yorkshire as seen in Heartbeat, and even visited the locations from The Da Vinci Code. But Ramsay Street was on the bucket list for my dear wife (who’s consumed more soaps than is good for her) and so that’s where I took her. I moaned of course, but what is it they say about old dogs and new tricks?

It’s not called Ramsay Street in case you get confused – you will find the homes we’ve come to know so well on Pin Oak Court in the Melbourne suburb of Vermont South. How the ‘real’ residents there must tire of tourists. Despite Neighbours coming to an end this summer after 37 years I’m confident that they’ll be turning up to take photos for a while yet.

Even I got a little excited when we went there; not that I admitted it, of course. But what was truly great was seeing Australia with its amazing places, intriguing wildlife and wonderful characters. Whether with a group or not, the land ‘downunder’ is worth the miles and more.

For someone well travelled, has Putin seen the world with his eyes closed?

Travel broadens the mind, as they say. It’s certainly helped me look at places and their people differently after a visit. You get to understand that we have much in common, no matter where we call home. My attempts at communicating with locals when overseas is a sight to behold but I keep on trying my best, which is usually met with both amusement and warmth.

For me, the world used to feel smaller than it currently does. Perhaps that’s the effects of the pandemic and a lack of travel. But seeing the scenes from Ukraine it all feels very close. These are people, just like us, now dealing with war on their doorstep and making Molotov cocktails in a desperate attempt to defend their country and their people. Tragic doesn’t quite cover it.

President Putin has been in post for more than two decades and has seen the world but crucially, it seems, with his eyes closed. Surely someone so well travelled would have an open mind, rather than a warped one? He’s a dangerous man and I feel heartbroken for the people of Ukraine as well as sympathy for the many in Russia who want nothing to do with this devastating war or the President who started it.

The UK Disasters Emergency Committee (DEC) appeal is asking us all to donate whatever we can to help. The money is being used to help provide food, water and other essentials for people in Ukraine and neighbouring countries.

Cinderella might go to the ball but perhaps not Broadway

Have you seen the latest stage adaptation of Cinderella? It’s currently playing at London’s Gillian Lynne Theatre and is described as a much darker take that flips the story you know on its head. With music by the one and only Andrew Lloyd Webber, I’m sure it’s on the hit list for many of you.

But it seems the award-winning composer is worried about its prospects of a transfer to Broadway after an average review in the New York Post which praised the cast and set design, but criticised the show’s length and said some of its songs were weak. 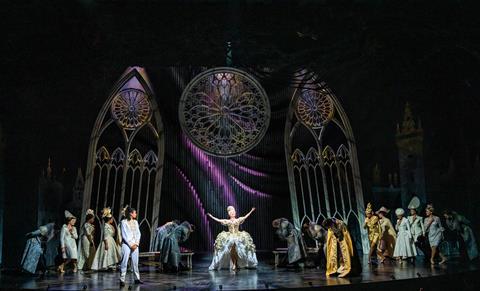 The show features many extravagant costumes and lavish set designs.

Let’s face it, many critics and reviews should be taken with a pinch of salt. It is but one person’s opinion, no matter how much of an authority they feel they have. But that didn’t stop Lloyd Webber apparently berating the cast with a call played over the speakers of the theatre so everyone could hear him, according to reports.

He is said to have reminded cast members that they work in the “service industry”. Not quite on board with the comparison, Andrew, and I hope the audiences appreciate this talented bunch more than you.