Trace the origins of British codebreaking from its remarkable wartime role through to its peacetime transition, in a fascinating new display at Bletchley Park in Buckinghamshire. 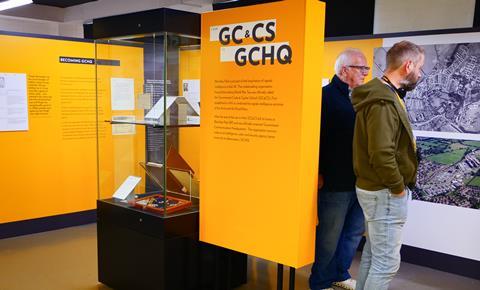 A new exhibition at Bletchley Park marks the centenary of the Government Communications Headquarters.

This November marks the 100-year anniversary of the Government Communications Headquarters (GCHQ), Britain’s intelligence and cyber security organisation. During World War Two, the top-secret agency – initially named the Government Code & Cypher School – made its home at Bletchley Park, developing the surveillance and codebreaking expertise that later evolved into the classified intelligence work of today.

Bletchley Park is best known for its historical significance as the setting where British codebreakers (including Alan Turing) deciphered the German Enigma code during the war, a vital step towards Allied victory. However, the site’s intelligence operations did not end with the ceasefire. To celebrate the centenary of GCHQ, Bletchley Park has opened a brand-new exhibition, showcasing the post-war work that took place at the site and the remarkable transition to peacetime.

Titled From GC&CS to GCHQ the display will host significant items, such as: 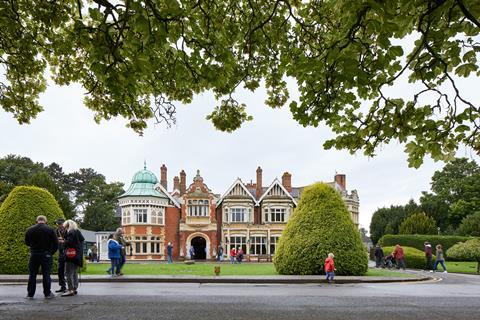 The Mansion at Bletchley Park in Buckinghamshire, a historic attraction famous for being the home of the codebreakers during World War Two.

Erica Munro, exhibitions manager at Bletchley Park said: “People often think of the Government Code & Cypher School as a wartime operation, but it didn’t stop in 1945, and not all of those who had been recruited during wartime went home or onto different careers.

”This display is the first time we’ve been able to highlight the post-war intelligence work of some of Bletchley Park’s Codebreakers and I hope visitors will enjoy finding out some of the personal stories, and seeing these incredible rare items for the first time.”

Visitors have until 19th October 2021 to enjoy the new display and entry is free with a general admission ticket to Bletchley Park, priced at £20 on the day or £19 when booked online in advance (under 12s enter for free).