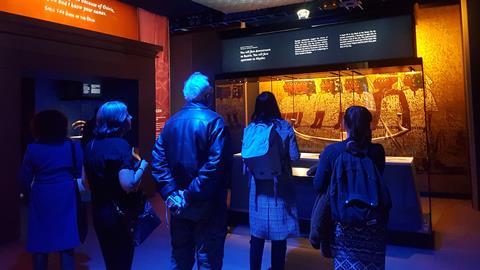 GLT’s deputy editor Katherine Payne got an early look at the rare relics from Tutankhamun’s tomb in all of their remarkable detail.

With over 150 items on display, at least 60 of which have never left Egypt before, there’s a certainly a lot to take in with the landmark exhibition now open at the Saatchi Gallery. Thankfully, a video introduction provides an engaging start to the journey, which could quite easily take visitors up to two hours to explore. It also provides a helpful overview of the exhibition’s ambitious structure.

The displays follow Tutankhamun’s journey into the afterlife, with each gallery presenting a different chapter in the pharaoh’s journey; from the tomb’s preparation to facing the gods. It’s the last chance to see many of the marvels in this country - they’ll be taken to their final resting place in Cairo’s Grand Eygptian Museum in 2022.

For £6, visitors can pick up an audio guide that provides additional information on certain displays. The dramatic narration is often joined by that of Tarek El Awady, the exhibition’s curator.

Here are just some of the themes and artefacts that groups can expect to encounter on their journey through the exhibition: 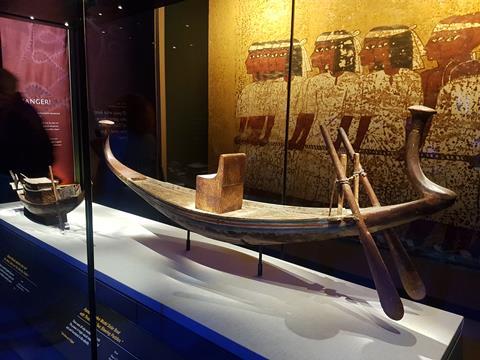 It was believed that many items, such as this Solar Boat, would magically enlarge in order to carry Tutankhamun across the rivers of the underworld.

Ancient Egyptians believed that in order to reach paradise, the deceased must face 12 gates, each one guarded by dangerous creatures. In these rooms, groups can study Tutankhamun’s beautiful weapons, the tools he would use to overcome enemies in the afterlife. Highlights include his Gilded Wooden Compound Bow and detailed gold Ceremonial Shields, which are decorated with dramatic scenes such as the pharaoh slaying two lions.

Howard Carter and his team discovered 32 statues in tall wooden shrines inside the tomb, depicting Egyptian gods and monarchs. In this section, learn about the heart weighing ceremony, where the deceased would face Anubis, god of death, and discover if they are worthy of rebirth. Plus, find out the intriguing story of the very first pharaoh’s murder. 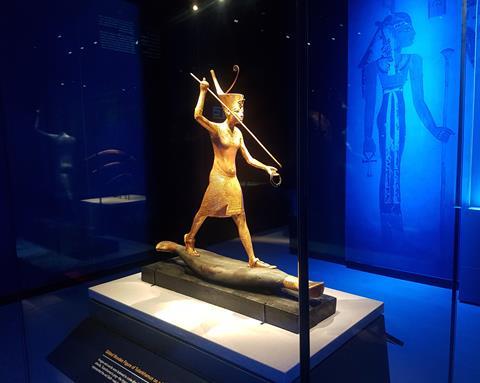 In the underworld, the pharaoh expected to face dangerous supernatual foes.

Inside the burial chamber

Some of the most famous objects in the exhibition are on display in the next section, dedicated to the burial chamber of the tomb. Visitors will be met by the Guardian, which was first found flanking the royal burial chamber where it had stood for thousands of years.

Inside and taking centre stage is the gold inlaid coffinette, decorated in glorious and meticulous detail and definitely worth seeing up close. Every single item that was packed into the pharaoh’s tomb displays a remarkable level of workmanship; it goes without saying, but photos really don’t do the items justice. 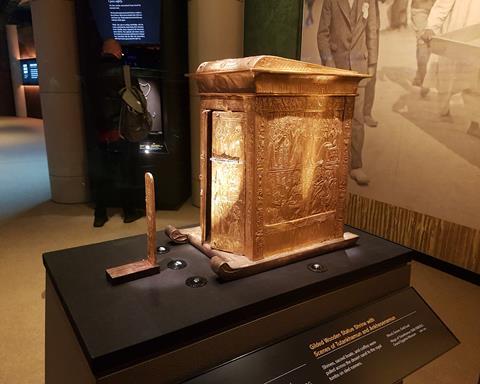 This fascinating shrine is decorated with scenes depiciting the life of Tutankhamun and his wife, Ankhesenamon.

Treasures of the Golden Pharaoh is bursting with objects dedicated to one individual, so it’s worth being reminded why Tutankhamun has been so immortalised in modern culture. Ultimately, it’s more about the nature of the discovery than the ruler himself. This was a truly unique find and the first fully intact tomb ever discovered.

I found the most interesting detail in this section to be the revelation that Howard Carter, technically, didn’t discover the tomb! It was a young boy called Hussein Abdel-Rassoul. Hired for the dig as a waterboy, Hussein found signs of a staircase in the bedrock nearby. See the iconic photo on the wall of the gallery of Hussein wearing one of the pectoral necklaces found inside the tomb.

Visitors who are keen for even more can try out Tutankhamun: Enter The Tomb, an immersive virtual reality experience that will be running at the Saatchi Gallery alongside the exhibition. 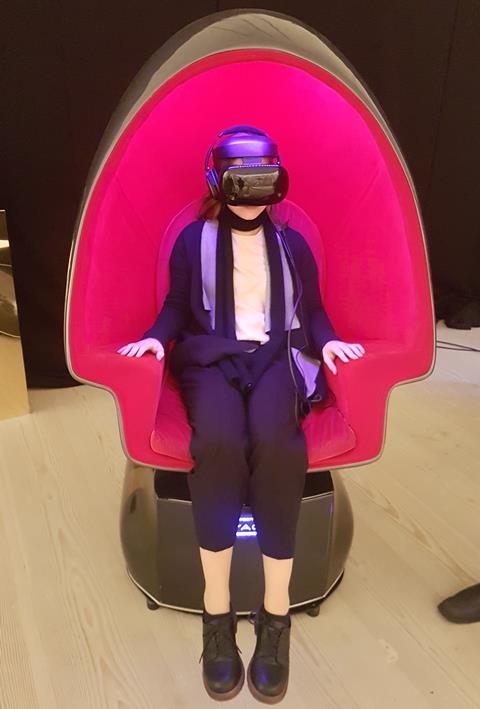 Visitors can take a virtual reality journey through Tutankhamun’s tomb as it originally looked.

Virtual and augmented reality seems to be increasingly common at museums and galleries, and after getting the chance to try this example, I’d definitely recommend it to visitors – of all ages.

Narrated by Hugh Bonneville, Enter The Tomb is appearing first during the exhibition’s run in London. Visitors will sit in one of 18 Positron pod chairs, put on their VR headset and take a tour of a digital version of the Tutankhamun burial site, appearing just as it did to Howard Carter on that monumental day in 1922.

The chair gently moves in sync with the visual display in your headset, which shows you the entrance passage of the tomb all the way through to the burial chamber itself. Add in the noise-cancelling headphones and you’re in for a really immersive ten minutes that helps visualise how the meticulously displayed items in the floors below were first stored in the tomb.

Enter The Tomb opens on Sunday, 3rd November. Tickets will be sold separately (but will only be available to exhibition ticket-holders) and priced at £15.50 on weekdays and £16.50 on weekends.

There’s plenty of space around each display, ideal for groups viewing artefacts together or attending with a guide.

Groups of 10+ can benefit from discounts, starting from £12 per person. Bookings are made through Ticketmaster Groups - visit their website for more information.