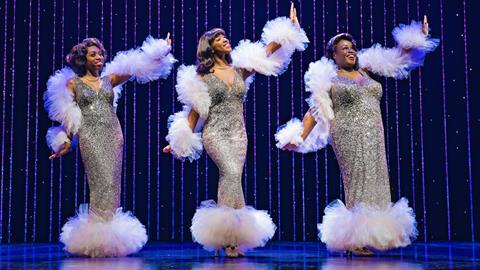 Powerful ballads blended with exquisite vocals, glitzy outfits and a pinch of humour cook up one hell of a party atmosphere.

If there isn’t already enough energy coming from the stage, you only need to look around to witness the aggressive finger waving and sassy head flicks in the audience, because as soon as the conductor starts the show by setting the beat on a cowbell, the first vocal note hits you square in the face with a big ol’ soulful slap. Dreamgirls is striking, flamboyant and features some of the best singers you’re likely to hear in the world of musical theatre.

The storyline is second to the music and follows the rapid rise to fame of three-piece girl group The Dreams, plus the trials and tribulations that come with stardom. Effie, Lorrell and Deena are the three talented young singers in the turbulent 60s, a revolutionary time in American music history, who experience the brutal reality of show business along with their friend Jimmy Early who goes from a ground-breaking superstar to complete flop. The production packs in over two hours of sensational tunes, including classics And I Am Telling You I’m Not Going, One Night Only, Listen and, of course, the title track Dreamgirls. 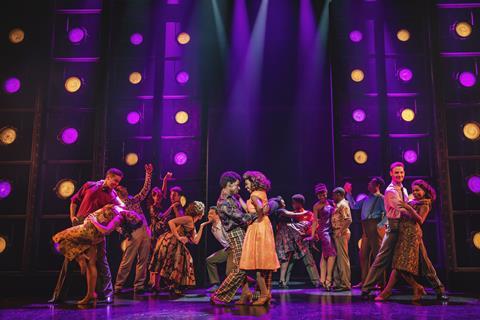 The story takes place in 1960s America and features many colourful costumes.

The staging is fantastic, offering not only that retro feel but constantly switches from the significant and sometimes heated conversations between the group and co backstage while on their tour, to the glitz and glamour in front of the curtain. Characters can be seen miming along to their song as if they’re facing an audience, before intricate and quick transitions in the set flip the scene so suddenly they’re performing to you as if you’re a 60s fan girl at their concert. This effective technique hits its peak within the first few minutes of the show, when the girly trio are spotted at an amateur talent show and begin to climb that popularity ladder.

There are not enough superlatives in the English language to fully describe the vocal ability of the group and Jimmy Early. Brandon Lee Sears as charismatic Jimmy is completely bonkers, losing himself in the music, as if he’s the son of James Brown passing on his father’s spirit once more.

Paige Peddie and Natalie Kassanga, who portray Lorrell Robinson and Deena Jones (two of The Dreamgirls) both have stand out moments too, especially Peddie when her character ends a love affair in an audacious vocal monologue and Kassanga’s input throughout Beyoncé’s classic hit Listen. 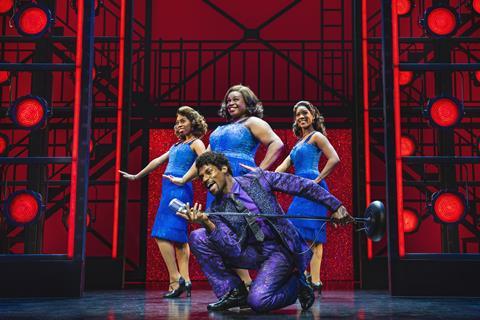 The trio and Jimmy Early steal the show with their singing.

Nothing quite compares to the extraordinary talent of Sharlene Hector though, who leads as Effie White and the third member of the band. She has the bold task of taking on original singer Jennifer Hudson in And I Am Telling You I’m Not Going when her character’s partner turns his back for another woman.

We know it’s coming from the first few chords and when it arrives, it’s emotive and gives goosebumps galore. The final lines of the song show Hector centre stage, belting out her lyrics as if it’s for the final time, it’s simply spine-tingling.

A reprise of Dreamgirls at the very end is a suitable way to close the story, which has many twists and turns – much like Jimmy’s dance moves. The musical, more than anything, is a chance to sit back and admire the sheer talent on display while those old enough can reminisce about the era due to its many evocative throwbacks. It’ll take one night only for this gem of a production to steal your heart for good.

We saw Dreamgirls at Milton Keynes Theatre on Wednesday 26th January. The production is currently on a UK tour, ending its run on 31st December 2022. For dates, venues and more details, visit www.dreamgirlsthemusical.co.uk