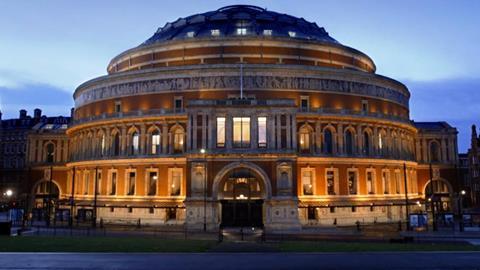 Full of charm, character and history, my tour of the Royal Albert Hall was a special experience that your group can enjoy too. The venue is stunning to look at both inside and out, and if you look closely, you can also uncover some of its hidden wonders.

I know London is synonymous with beautiful views across the Thames, especially when overlooking Westminster Bridge, but for me, not many compare to sight that hits you when you turn down Prince Consort Road.

As you come across a clearing in the middle of a university and other buildings, there it is… the famous Royal Albert Hall.

Just walking up the steps to the main entrance is an experience in itself, as you start to absorb its design which includes the vibrant mosaic frieze titled The Triumph of Arts and Letters, which encircles the top of the building and measures 800 feet long. I would have loved to have seen it when it opened. I can only imagine the locals’ faces when admiring this imposing masterpiece for the first time.

Once inside, our guide led us through several halls around the main auditorium which has walls coated with numerous pictures from different concerts, plays and sporting events which have taken place over the years. The great thing about having such a knowledgeable guide is how they’re able to fill you in with an array of facts and our guide shared some wonderful stories about nearly all the pictures on display.

I wasn’t surprised to see photos of some of the world’s biggest stars, which included The Beatles, Eric Clapton, Muhammad Ali, Elton John and so many more.

Our slow walk stopped when arriving at the Royal Box, where it was explained that 20 seats, originally bought by Queen Victoria, remain inside and are still owned today by the Royal Family. Tickets to all performances are sent to Buckingham Palace and often distributed to staff and other people should no senior Royals wish to attend. This was also the first time we could see inside the arena, and what a sight.

We sat along from the Royal Box and peered over the balcony towards the stage with its famous red seating below. If you have never been, it is quite a thing as you try to picture some of the people who have been on the stage in front of you.

Our guide explained how one evening, Nelson Mandela and The Queen were both seen dancing in the Royal Box - something that the original rule book stated was not permitted. The audience followed suit and it was thought to be one of the first times, except for a rock concert, that people got out of their seats for a boogie. 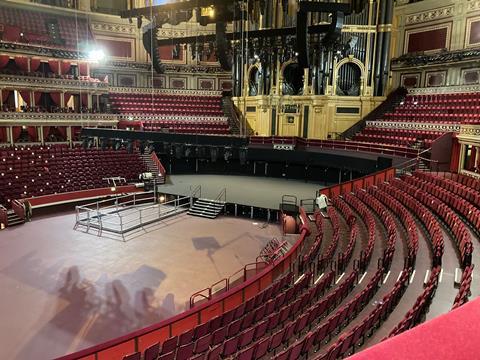 The view from next to the Royal Box across to the stage.

We then stepped into the royal area of the venue, a space used during intervals and a general place for relaxing when any member of the Royal Family visits the hall.

On the walls were grand portraits of royalty which were not out of place next to the fine furniture, high ceiling and intricate patterns of the carpet. I felt important while standing there, walking in the shoes of some of the world’s most powerful people.

I was surprised to learn that the Hall also has other performance spaces for students and artists, so even if it’s not within the main auditorium, many still get on stage at the iconic venue. We visited one of the smaller spaces and was instantly amazed that the red grand piano hidden away in the corner of the room was donated by Sir Elton John and even used in the Rocketman film. 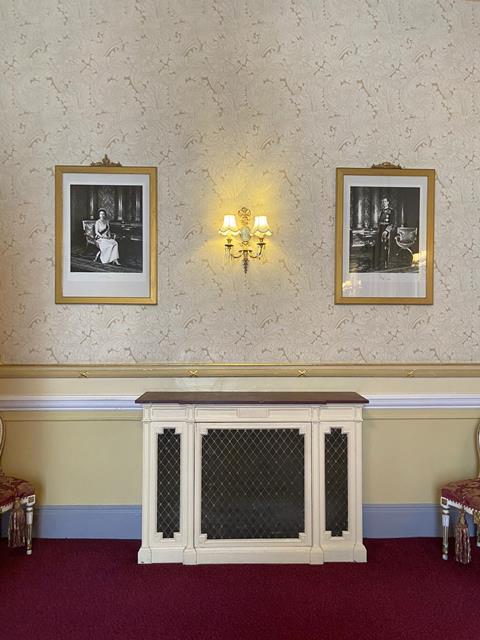 The portraits within the royal area of the building.

On our way up the staircases to the Gallery, we were prompted to look at the banisters in further detail. Etched into each railing were the letters V and A intertwined with each other to symbolise the love between Victoria and Albert.

How sad it is to think that Prince Albert died before he saw his plans develop into the stunning venue we all recognise and appreciate today.

The subtle design projects the sheer detail that went into making it a fitting tribute, as well as a symbol of the love the pair shared. You can also visit the Albert Memorial directly behind the Hall in Kensington Gardens, which was commissioned by Queen Victoria in memory of her husband.

The Gallery is a fitting place to end the tour because the views are incredible. There cannot be many better places as you casually stand at the very top of a venue, with a cold drink in hand, and peer down onto the stage and seats below.

Mushroom-shaped acoustic diffusers can be seen dominating the ceiling and are used to improve the sound quality in the large space which used to echo and spoil the music being played. The strange diffusers actually add to its unique interior and are instantly recognisable. 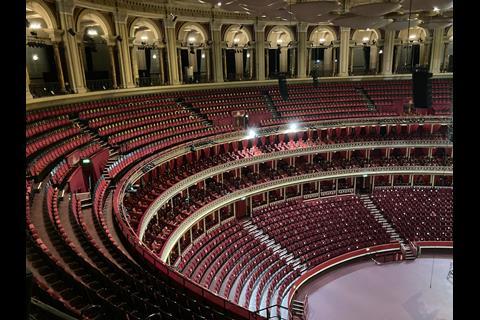 Peer over the edge at the outstanding view from the very top of the building. 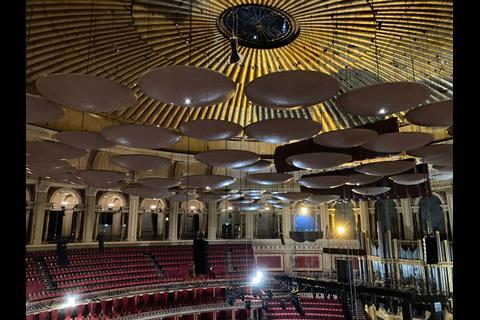 The big diffusers help improve sound quality in the venue.

Groups can book a tour of the venue at a discounted rate and make use of other benefits such as catering options and more. You can find out further information at www.royalalberthall.com/tickets/tours-and-exhibitions/group-tours