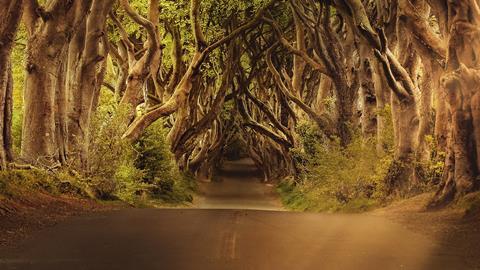 8 Game of Thrones locations to visit with your group

With the eighth and final season of HBO’s Games of Thrones starting, we focus on some of the best ‘on-screen’ locations you can visit in the UK and overseas.

Known in the American fantasy drama TV series as The King’s Road, its actual name is The Dark Hedges which can be found in Stranacum, Northern Ireland. It features in the first episode of the second series as the location where Arya Stark travels to Castle Black with Yoren, Gendry and company.

The iconic-looking road is enveloped with a ceiling of curving trees, making it the ideal location to film the fantasy based series.

The avenue of beech trees was planted by the Stuart family during the 18th century and was intended to impress visitors as they approached the entrance of Gracehill House. Today the trees are one of the most photographed natural spots in the whole of Northern Ireland. Visitors can view the avenue daily and parking is available nearby for those staying at The Hedges Hotel on the Dark Hedges Estate which is also located only nine miles from the Giant’s Causeway.

Home to the Stark family, some of the scenes at fictional Winterfell were shot at Doune Castle in Scotland, which has also featured in other notable films including Monty Python and the Holy Grail and Outlander.

Winterfell was also filmed at Castle Ward in County Down, Northern Ireland. Castle Ward became the backdrop for the cast and crew over eight weeks and was also where they filmed the Whispering Wood, the Baelor Battle and many other scenes featuring key characters.

When visiting you’ll see a replica of the Winterfell Archery Range, in the same spot where the filming took place. Here you can dress up and have a go yourself as part of the ‘Live the Game of Thrones’ experience run by Winterfell Tours. 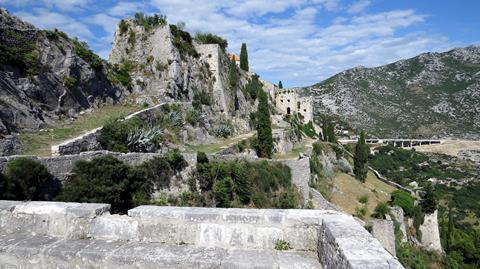 Klis Fortress in Croatia was used as a filming location of Meereen in Game of Thrones.

Parts of the land of Meereen were actually filmed in Klis Fortress in Split, Croatia in episode three of the fourth series, Breaker of Chains. It is in this episode we see the Daenerys arrive at Meereen and where Daario fights the Meereenese Champion. The fortress is open daily for visitors.

4. Beyond the Wall, Iceland

During the first episode of the third season we see Jon Snow arriving at a wildling camp to meet their leader Mance Rayder. This scene was filmed at Lake Mývatn in Iceland. In fact, plenty of scenes were filmed in the real-life Land of Fire & Ice.

Visits here are free and special tours can be arranged depending on the length of your stay, or you can enjoy self-driven tours around the area. This location is also a hotspot for seeing the Northern lights so you may be able to tick two great things off your list with this one.

The area is 36.5 square kilometres and is Iceland’s fourth largest body of water. It is part of the Diamond Circle too which is a popular travel route in the north. 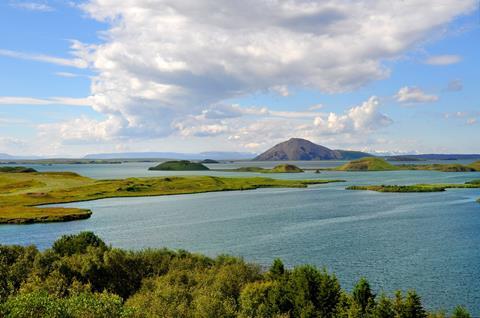 Lake Mývatn in Iceland was the location of several scenes in Game of Thrones.

The intimate scene in the episode Kissed by Fire in season three, where Jon breaks his vow to the Night’s Watch with Ygritte a wildling woman in the secluded cave, was filmed in Iceland too, in Grjótagjá.

This location could be combined with a visit to Lake Mývatn as it is close by. Grjótagjá is a small lava cave, renowned for its geothermal hot spring. Its known history dates back to the 18th century when it was believed to be the home of an outlaw named Jón Markússon. It also became an ideal place for bandits as its darkness and reputation for trolls meant the public stayed away.

During the scene you might spot a waterfall. This was actually CGI, however everything else in the scene is authentic to the real location. Visitors can enjoy dipping their feet in the warm water and exploring parts of the cave.

In the first episode of season one, we see Daenerys Targarian get married to Dothraki’s Khal Drogo. This was filmed in Gozo, Croatia at The Azure Window.

The Azure Window is a 28 metre tall natural stone archway created where the limestone has been worn away by sea. Unfortunately in 2017 the window broke and was lost into the sea due to rough weather. Despite this, it has been reported that a new museum will be added in its place to mark the spot and teach visitors about its history and story. 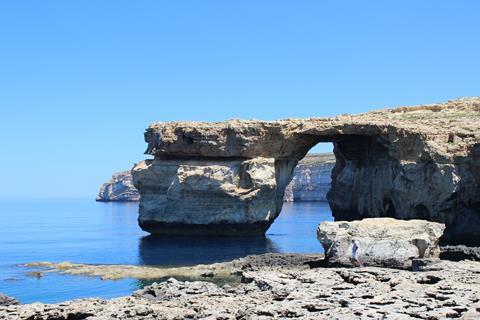 The Azure Window in Malta has now eroded into the sea, but plans for a museum are rumoured.

The Tower of Joy was seen in season six, episode three, Oathbreaker, where Bran Stark has a vision of a young Ned Stark taking on Ser Arthur Deyne to save his sister. The scene was shot at Zafra Castle in Guardalajara in Spain and is free to visit.

This striking construction atop the rocks is an example of a 12th century rock castle. The interior cannot be visited however visitors can wander around the exterior, enjoy food at the closeby restaruants and even stay nearby in one of the hotels.

This location was filmed at the Monastery of Sant Pere de Galligants in Girona, Spain. During episode ten in the sixth series, The Winds of Winter, Sam and Gilly arrive at the Citadel where Sam enters the Grand Library to begin his work.

This picturesque location is also a museum and features a number of changing displays from artworks to historical artefacts, and the attraction also hosts a number of concerts.

All of the above locations can be visited.

There are a multitude of special Game of Thrones tours can which can be booked including at filming locations as well as other experiences.

Websites to visit for your group adventures include:
For Northern Ireland - www.gameofthronestours.com
For Iceland -  www.iceland.nordicvisitor.com/tours
For Spain - www.viator.com/Seville-tourism
Winterfell Tours - www.gameofthrones-winterfelltours.com