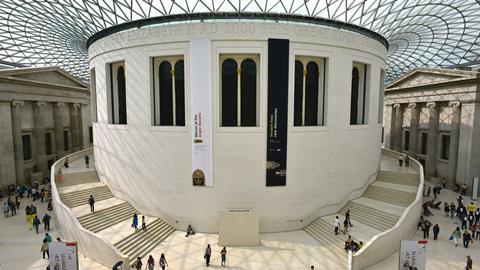 5 free things to do in London

To celebrate London History Day, we round up five itinerary fillers for a day out in London that are dedicated to the capital’s past, and won’t cost you a penny to enjoy.

As England’s beating heart, London is a prime choice for groups looking to book a trip. Alongside it’s plethora of historic landmarks and dedicated museums, it’s packed with theatres, visitor attractions and countless restaurants and cafes – so your group’s visit is bound to be nothing but fun-packed.

But all these expenses can give an organiser a headache when the costs add up. Take your pick from these history-themed attractions that won’t cost your group a penny.

The British Museum houses thousands of objects from centuries of history and copious amounts of culture and unique artefacts. Admission to the museum is free and groups can book in advance to visit, which includes a private entrance to avoid the hustle and bustle. Groups can also book to see special exhibitions that are on display at the museum.

Pictured: Photography on display at the London Nights exhibtiion at the Musuem of London (Photo credit: Buckingham Palace from the north east at night. George Davison Reid).

A visit to the Museum of London can cover everything from Prehistory to modern day photography. The new London Nights exhibition, which is running until November, highlights the capital after dark through both historic and contemporary photographs. Permanent galleries include London before London, which covers history from 450,000 BC to 50AD, Roman London, Medieval London, War, Plague & Fire, and many others.

If it’s walking tours you’re after, tour company, Strawberry Tours, offers free walking tours with a variety of themes around London. Themes include London landmarks, London in a day, Harry Potter, Street Art, Soho, Food, Jack the Ripper, and Ghost tours, among others. Jack the Ripper is London’s most notorious figure, known for his serial killings during the late 1800s. Much of his life and person as well as his victims still remain a mystery to this day and groups on a tour will find out more about this fascinating, yet terrible history.

As a key location during the World Wars, London is home to the Imperial War Museum which tells the stories of those who fought in both wars, as well as the role London had. Artefacts and displays will look at Churchill too and his role at Prime Minister during World War Two. The museum also looks at family life for Londoners through their stories, during the war.

The National Portrait Gallery is an option for art lovers. Housing one of the world largest collections of personalities from across different centuries, visitors will get to see king and queens, famous Londoners, musicians and film stars depicted from a variety of renowned artists. As well as permanent collections, there’s also a range of temporary exhibitions and free events which GTOs should look out for when planning a visit.