Readers joined us on our familiarisation visit to Richmond, taking in the unmissable Royal Botanic Gardens, Kew and the intriguing National Archives. Harry Rogers reports back from the whistle-stop tour of the borough. 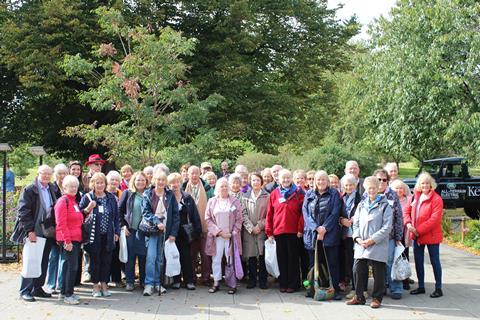 The group at the glorious Royal Botanic Gardens, Kew.

If you were to ask any group travel organiser to list three gardens to visit across the UK as a group, I’d put my money on Kew Gardens appearing every single time. Not only is the place teeming with spectacular greenhouses and plants but it’s also the grounds in which Kew Palace is situated, once home to King George III.

Arriving at the Elizabeth Gate, we were greeted by the very welcoming Eric White who deals with group bookings to the gardens. Giving us an introduction, we were then free to explore the historic landscape of the gardens, dating back to the early 18th century. 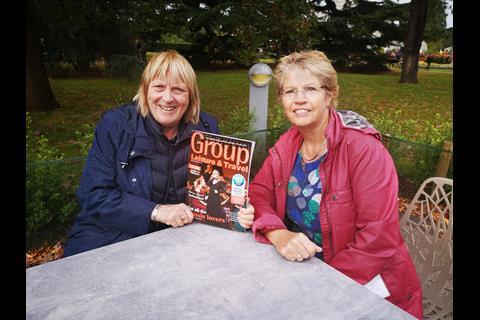 Some of the group also had time to have a flick through the latest edition of GLT magazine. 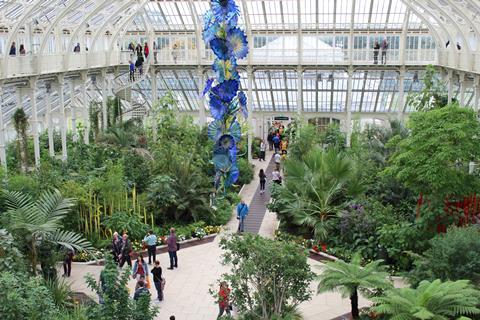 The beautiful glass flowers hanging from the centre of the Victorian Temperate House as part of the Chihuly exhibition. 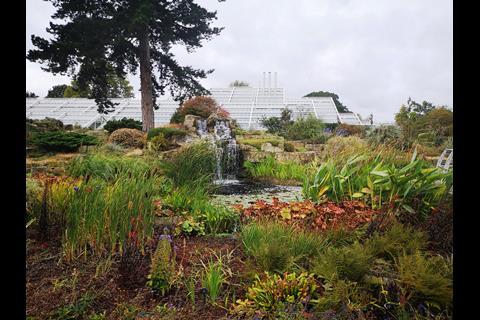 The beautiful gardens at Kew. 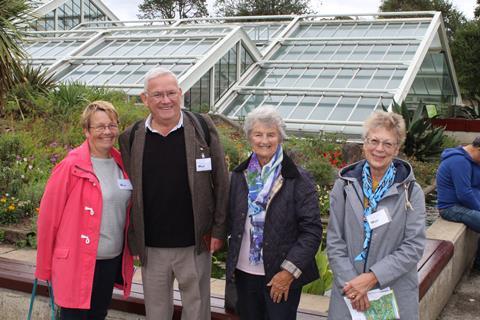 Taking in some of the sights around the gardens.

First up was the Temperate House – after a quick cup of tea, of course! The Victorian glasshouse only reopened to the public last year, following major restoration works. Housing 10,000 species of plants, we took the short walk up its spiral staircase to catch an aerial glimpse of its beauty, including the stunning glass ornament hanging from the ceiling, forming part of the extremely popular Chihuly: Reflections on nature exhibition.

Rich oranges, reds and yellows dominated the scenery as we walked down some of the garden’s quaint walkways, eventually arriving at Historic Royal Palaces’ Kew Palace. Possibly the most interesting part of the visit was the top floor, left more or less how it was when royalty left the property after Queen Charlotte passed away in 1818 – you can even see the chair she died in.

“I’ve been waiting to see the Temperate House since it reopened and it’s wonderful inside. Fam trips like this are a really good idea because I’ll know exactly what to expect when I bring my group back.”

We were treated to a delicious afternoon tea at The Original Maids of Honour, around a ten-minute walk from the garden, tasting the iconic tarts of the same name which have been part of Richmond’s history for nearly 500 years. Although there are numerous legends about the origin, it is generally believed that Henry VIII was the first to use the name when he met Anne Boleyn and other Maids of Honour eating the tarts from a silver dish.

Our lunch was served on a grand three-tiered plate stand, consisting of delicately prepared sandwiches, home-made sausage rolls and scones. The food was presented on beautiful patterned plates, with lunch for four people costing £17, including tea and coffee. Groups to the historic eatery and shop must pre-book. 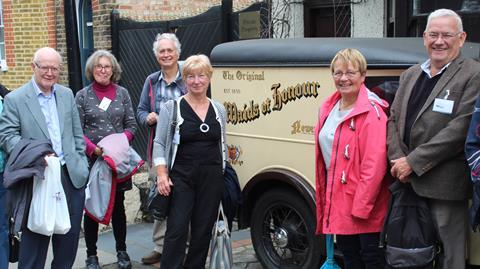 All smiles after a delightful lunch at The Original Maids of Honour.

The National Archives was next on the itinerary; our guide Lee Oliver took us on an exclusive and informative behind-the-scenes tour, explaining how the thousands of documents are stored and telling us about some of the more unusual items available to view.

Each document, which is checked out by different researchers visiting the site, is tracked electronically until it is returned to its rightful shelf. Although the archive still holds a huge amount of original documents (including a giant historical map which is too big to place on any table in the building), records from the site have been digitalised and originals moved to a salt mine in Cheshire, covering approximately 250-300 miles of tunnel - staggering!

“I didn’t know what to expect but I loved The National Archives. We’ve done museums and stately homes before, but this is something completely different. I would definitely bring my group back.”

The National Archives wasn’t previously available to the public, only opening its doors to visitors more recently, with groups benefiting from exclusive guided tours which delve deeper into the archive and can be tailored to a unique interest or place. For example, if your group is from a certain area, the team can dig out documents relating to it.

Members of our group were able to catch a glimpse of the temporary exhibition, Protect and Survive: Britain’s Cold War Revealed, uncovering the impact of the conflict on Britain and the experiences of the generations who lived through it. 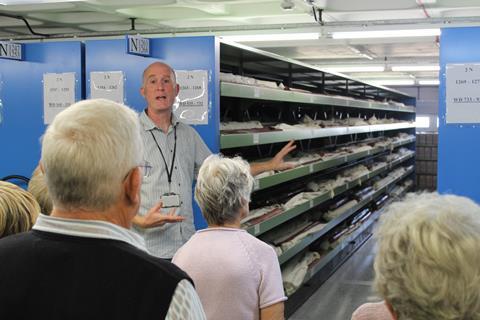 Lee Oliver taking the group on a backstage tour of The National Archives.

“This is something I wouldn’t have thought of doing with my group but it’s very interesting, especially the Cold War exhibition. I was so unaware of the number of spies during that period.”

The display also featured a fictional speech, which civil servants imagined the Queen would deliver to the nation on the brink of imminent nuclear war. The speech includes powerful phrasing such as ‘not for a single moment did I imagine that this solemn and awful duty would one day fall to me’.

This brought an end to a hugely enjoyable day and one that I am sure will inspire future group trips to the area.