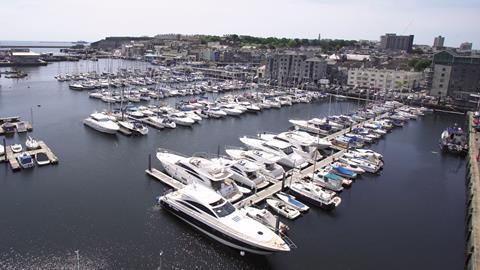 Where groups can celebrate Mayflower 400 this year

The Mayflower ship sailed from Plymouth 400 years ago, marking a wave of celebrations this year both in the port city and far beyond.

With so many special events, festivals and tours following the Mayflower theme this year, we’ve picked out some of the major opportunities for groups in specific areas of the UK, to help inform a day trip idea or even a short break.

We can’t talk about the Mayflower voyage’s significance without mention of Plymouth, the very town from which the Pilgrims set sail for the New World in 1620. An anticipated attraction in the area is The Box, a museum and gallery complex that will house Plymouth’s most important artefacts and documents. When the space opens to the public on 16th May, it will host a special Mayflower: Legend and Legacy exhibition that tells the story of the Mayflower voyage through objects and images from both sides of the Atlantic.

Groups can arrange guided tours of the display, which shares stories of the 102 passengers on board the ship; this can be packaged with an afternoon tea to make the experience even more memorable. 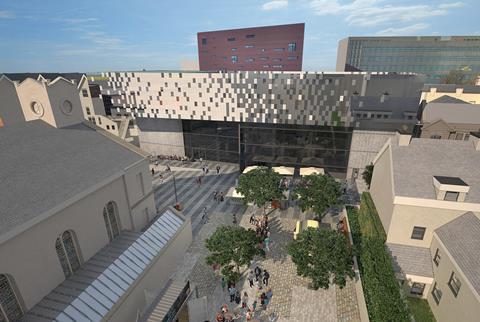 An artist impression of how The Box’s entrance will look when complete in May.

If your interest in local history has been piqued, consider taking an Archives Tour into The Box’s Cottonian Reading Room. Here, visitors can track down any of their own familial connections to Plymouth and the Mayflower.

Outside of this attraction, there’s the official Mayflower Ceremony on 16th September, the very date when the ship departed Plymouth 400 years ago: if your group is in the city, you won’t want to miss the 1,000-strong choir performance. The commemorative event is the centrepiece of a week of celebrations in Plymouth (14th-17th September), which will include daily fly-bys and a visit from a replica 15th century ship named Matthew.

A brief history of the Mayflower

On 16th September 1620, 102 passengers set sail for America, then known as the New World, in search of religious freedom and a fresh start. They landed in Plymouth Bay, Massachusetts. The passengers, made up of men, women and children from England and Holland became known as the Pilgrims, and had a significant impact on native American life. The relationship between the Pilgrims and the Wampanoag tribe inspired the first Thanksgiving meal.

Over in Southampton there’s plenty more happening, including new attractions and tours stimulated by the Mayflower anniversary.

There’s a new arts and cultural venue in the city’s old town: God’s House Tower is a refurbishment project that brings two new galleries to the area, showcasing 700 years of its history. Groups will have the opportunity to climb the tower, reaching impressive views across Southampton Water where the Mayflower would have sailed past, as well as plan a specialist tour with a guide. Plus, see how Southampton looked in 1620 (when it was just a walled town) in the Stories Behind the Stones exhibition.

Less than ten minutes away is the Tudor House & Garden, which welcomes all kinds of groups, from U3As to Local History groups. As well as its regular programme of guided tours around the 800-year-old house, it will host a Mayflower Story exhibition from 20th June to 31st December. 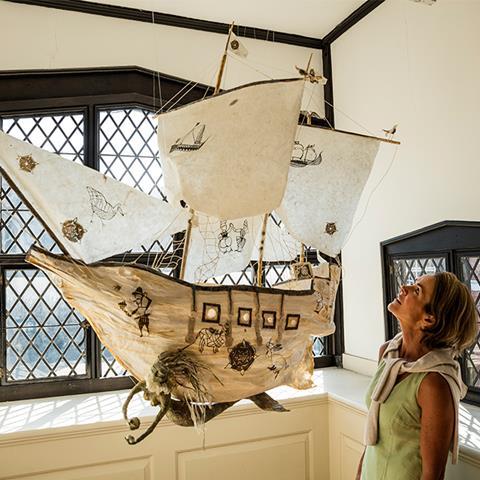 Tudor House will feature an exhibition this year about the people and businesses of Southampton when the Mayflower sailed.

And across Southampton’s parks is the SeaCity Museum, exploring Southampton’s relationship with shipping and the sea, with a focus on the Titanic story. One of the new group tours launched for the Mayflower year begins with a self-guided visit to the museum before a guided tour of the city’s Titanic Quarter with an expert. Rounding off the experience is a trip on SS Shiedhall, Britain’s largest working steam ship.

If your group favours a walking tour, another fun new option is the Yomp & Chomp food tour, which looks at 1620s’ food and history that includes tastings of Tudor fare at The Pig in the Wall hotel, The Dancing Man Brewery and more. Lasting two hours, the tour suits groups of up to 12 people.

Lincolnshire, Nottinghamshire and south Yorkshire come under this banner, as the regions where many of the Mayflower Pilgrims heralded from. A great base for a group looking to explore these areas is Lincoln, which has group-friendly attractions of its own (Lincoln Cathedral, Doddington Hall & Gardens) and a range of accommodation options, including the DoubleTree by Hilton Lincoln Hotel and The White Hart Hotel.

In fact, groups can kick off a Mayflower themed trip here, with a touring exhibition launching in the city. The Wampum Belt exhibition is a headline event sharing how the Mayflower’s arrival in America impacted the indigenous population. 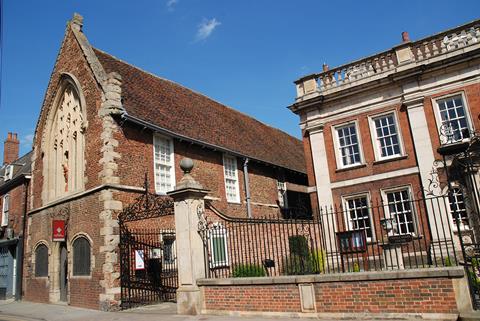 Boston Guildhall in Lincolnshire is another group-friendly attraction and an important historical site where the Pilgrims were held and tried in 1607.

From here, why not arrange a day visit to Retford, Nottinghamshire, home to the new Pilgrims Gallery? Based in the Bassetlaw Museum, it celebrates the life of William Brewster, an English official and Mayflower passenger. Groups can expand on their trip with stops at the nearby churches of Babworth, Scrooby and Austerfield which also play a part in the Mayflower story.

While in the area, groups could also fit in a trip to Gainsborough Old Hall, a medieval manor house sporting an original medieval kitchen and a ghost corridor. The owners of the property in the late 16th century were said to be sympathic to the religious Separatists (many of whom went on the Mayflower voyage), with evidence suggesting they invited them to worship in secret inside the Old Hall.

The Essex coast is involved in the story, too; particularly Harwich, where the Mayflower ship was believed to be built and where the ship’s captain - Christopher Jones - lived.

This year, the captain’s house will be opened for the very first time, and can be visited as part of a guided walking tour of the town with the Harwich Society. Parts of the property have been restored to their original features. In on the theme is Harwich’s new visitor centre, which will host a free exhibition about key figures involved in the Mayflower story. 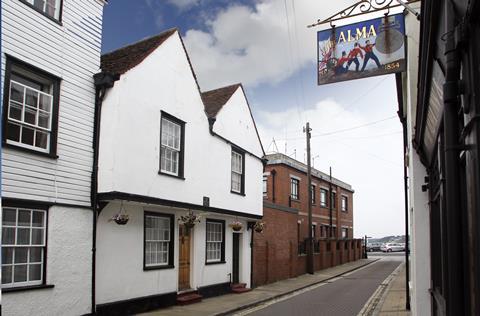 Christopher Jones was ‘Master of the Mayflower’, and his Harwich home is now open to the public.

For a unique round-trip from the town, groups can sightsee in style and comfort on board a Steam Dreams Rail Co tour on Sunday 7th June with the Mayflower locomotive. Dining passengers will be treated to a Champagne Cream Tea, too.

There’s plenty more inspiration to be found for a Mayflower-inspired group trip. You can see what else is planned this year at Mayflower400UK.org.