Tour guides are often the bread and butter of group trips. But how have they been adapting to Covid-19 restrictions? We spoke to a few of them to find out more. 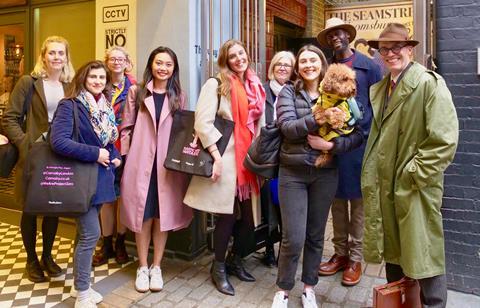 “This is a real opportunity for people to explore their own backyard” Antony Robbins, aka Mr Londoner said. An accredited Blue Badge guide and former communications director at the Museum of London, Antony is a born-and-bred Londoner and has recently been able to restart some of his tours.

“We are seeing some green shoots of recovery. By accepting the reality of where we are with the rules, I think we have to keep calm and get on with it.”

There are a number of measures that guides now have to put in place to ensure their tours are safe with the option to wear a visor or mask and use certain audio devices. But as Antony points out, the whole ethos of being outdoors, on a walking tour in the first place is positive: “Guides and visitors are tentatively taking steps to get back on the streets and a walking tour is a good way of doing it. You’re outdoors and you can be socially distant.”

There may be more positives to come out of the lockdown too, with many guides thinking outside the box and innovating with what they do. Mr Londoner is one of a number of guides who have been running virtual walking tours, with people from all over the world able to join in. He said: “It has certainly encouraged creative thinking. Now we’re hearing more about people going on staycations and as guides it’s about thinking outside of the box and our audience. For most of us in London, our bread and butter are places like St Paul’s Cathedral and the Tower of London. But this is a chance for us to think about some other places to visit.”

A question of numbers

Despite previous government advice that guided tours of up to 30 people were allowed to take place indoors or outdoors, provided the necessary risk assessments are carried out and mitigations in place, many tour guides believed the number was too high.

Government guidance has since been revised to state: “If it is possible to ensure that groups of more than six (or larger if they are from one household) do not mingle on a guided tour, it can go ahead. People must stay in their own group at all times throughout the tour. Tours may take place indoors or outdoors provided businesses undertake risk assessments in line with this guidance document and put any necessary mitigations in place”.

Marilyn Collis, the president of the Institute of Tourist Guiding which is the professional body for tourist guides in England, Jersey and Northern Ireland, said: “It hasn’t been easy with the occasionally confusing guidelines from the Government. Having 30 people in a group would normally be quite a large number and then you have to take into account the social distancing and rules and regulations for mask wearing.” 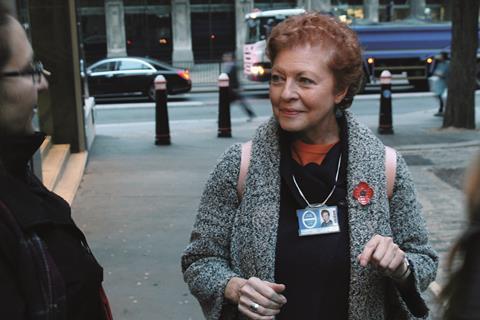 Marilyn Collis thinks that now is a great opportunity for people to discover their own country.

In Bath, Blue Badge Guide Fred Mawer said he and fellow guides have been keeping group sizes to no more than ten or 12. He explained: “It’s really important that the group keep socially distanced from each other but also from members of the public as you’re walking around town. We’re being hypersensitive about that because having groups wandering around is still a relatively novel thing for people after having empty streets for so long.”

Among the guidelines created for members of the Institute are things such as; always having hand sanitiser, keeping spare masks and guides making sure they have contact details for everybody so they can take part in the Test and Trace programme.

Marilyn explained that there are different forms of technology that guides may be able to use in the future, for example audio devices and phone apps. But she maintains that it’s the personality you want coming across on a tour and so there would be other challenges: “There are different things that can be done and even with guides wearing a mask or shield, I’m told that they’re still able to entertain and communicate well with the group.”

Speaking about the importance of guides (the Institute currently has about 1,800 members), Marilyn, herself a qualified Blue and Green Badge Guide, emphasised: “Now is a great opportunity for people to discover their own country. Rather than buy a guide book, I’d say, book a guide. We hope that things will return to the kind of normal we’re used to but, in the meantime, we’ll abide by the rules and make the most of what we can do.”

Getting back out there 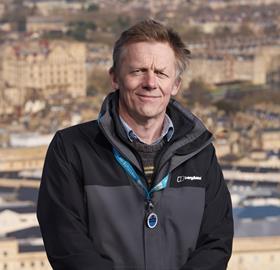 Guide Fred Mawer told us that in Bath they had just had their “busiest weekend yet” with 65 people across various walking tours on one day and then 55 on the next. But he stressed: “All the tours we’re doing are with appropriate mitigations in terms of social distancing and everything. We’ve created Covid-19 guidelines, we’re signed up to VisitEngland’s ‘We’re Good to Go’ industry mark and we’re drawing up risk assessments.”

Many guides are optimistic that they will be able to continue doing more tours in the coming months. Fred added: “It has all felt reasonably normal. If you’re doing your job well as a guide you’re talking about much more interesting things like the Roman Baths and the beautiful architecture instead of Covid-19. Every so often it comes up but it hasn’t felt too restrictive and hasn’t put me off wanting to do it. I’m optimistic that there’s still going to be an increased demand for walking tours of Bath and other lovely towns and cities.”

Fred’s advice to group organisers? “Think about smaller groups – using smaller coaches or minibuses. There’s also the possibility of using audio devices; having spoken to group organisers they’re envisaging that’s definitely the way ahead. Think about where to go because many sites are still not accepting groups. You can turn to local Blue Badge Guides for ideas in your local area.”