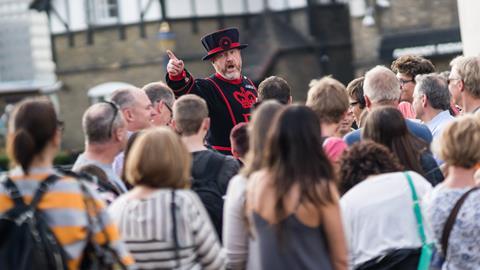 Groups are invited to discover more than 900 years of drama, devotion, secret stories and royal intrigue across the Historic Royal Palaces attractions. Here’s a round-up of what you can expect for the 2021/22 season:

Groups visiting the UNESCO World Heritage Site on the banks of the River Thames can meet Yeoman Warders at the fort (pictured above), see the Crown Jewels and discover a collection of royal arms and armour in the ancient White Tower - which dates back to 1075. The Bloody Tower is where Sir Walter Raleigh spent 13 years as a prisoner during the reign of James I, plus an exhibition called Royal Beasts explores the tales of the many exotic animals kept at the tower, from lions and tigers to elephants and alligators.

Once the home of King Henry VIII and later extended by George I for his son George, Prince of Wales and his wife Princess Caroline, visitors can enjoy the palace’s views, courtyards and parkland along with the State Apartments. Some of the highlights include Henry VIII’s Kitchens which houses authentic equipment and smells of the era, his apartments which encompasses the Great Hall and the processional route which is supposedly haunted by Catherine Howard, plus The Great Vine, which was planted by Lancelot Capability Brown in 1768 - the oldest surviving vine in the world. 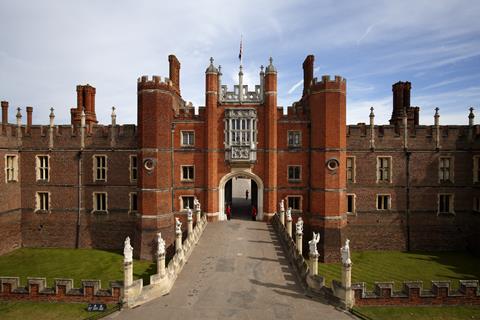 The palace is also hosting Gold and Glory: Henry VIII and the French King until 5th September where visitors can learn more about Henry VIII’s meeting with François I in 1520. Objects on display include gold, weaponry and artworks from the Royal Collection.

Info about your visit:

Once designed as a royal residence for William III and Mary II by Sir Christopher Wren, Kensington Palace’s more recent occupants include Princess Margaret, Diana Prince of Wales and the Duke and Duchess of Cambridge. Guests can take a peek into the very rooms that Queen Victoria grew up in, see the Queen’s State Apartments and climb the King’s staircase where Georgian courtiers peer down on you.

Explore the childhood rooms of Queen Victoria at Kensington Palace.

The Life Through a Royal Lens exhibition is currently planned for 2022 and is set to explore the impact of Queen Victoria and Prince Albert’s patronage of photography with never before seen private photos taken by members of the royal family.

Described as an intimate palace that brings to life the joys and sorrows of George III and his family, Kew Palace is located in Kew Gardens in Richmond. There are more than three floors of history to explore including the Queen’s Boudoir, The King’s Dining Room and Princess Elizabeth and Queen Charlotte’s bedrooms. 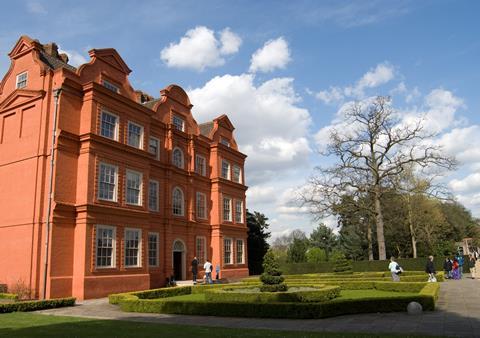 Kew Palace is located on the grounds of Royal Botanic Gardens, Kew.

Running until 26th September is George: The Mind Behind the Myth which is said to highlight the king’s mental illness within the palace. Through objects and interpretation in the palace rooms, visitors can see the treatments used and public attitudes to how we think and talk about mental health today.

Highlights of a visit:

The official residence of the Royal Family in Northern Ireland includes the renovated State Rooms which house the grand Throne Room, plus the 100-acres of gardens which has displays throughout the seasons. The Walled Garden dates to the 18th century and is a large, four-acre site used to produce fruit, vegetables and flowers for the house. 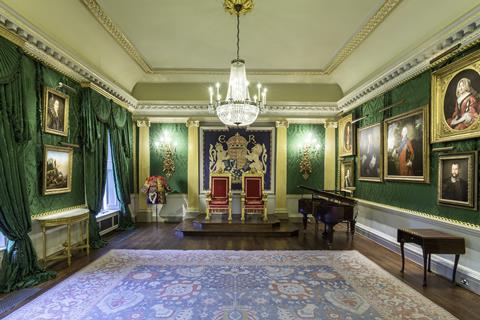 Take in the Throne Room at Hillsborough Castle.

All groups must pre-book for the best deals which include discounted rates for 15 or more people.