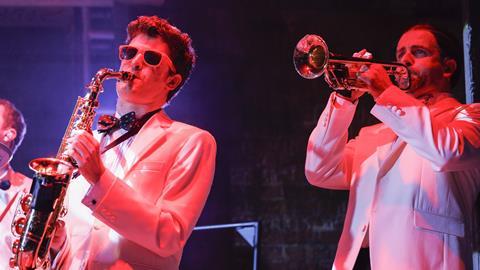 From toe-tapping and head nodding to everybody up from their seats, The Commitments musical hits all the right notes for a celebration of soul.

If, as Joey ‘the Lips’ tells us, soul is escapism then we couldn’t have been further from Milton Keynes Theatre on a dark Monday evening.

Taking our seats for the opening night of The Commitments musical, the theatre was full of anticipation, not least because many had been waiting a long time for this after it was delayed because of the pandemic.

The couple next to us had been waiting for three years while those behind us had bought tickets two years ago – there was a lot of excitement and rightly so.

So was it worth the wait? A resounding yes. We were in for a treat. To be more precise, more than two hours of feel-good, foot-tapping, chair-jigging fun with a set-list of soul classics.

The young cast have so much talent and energy, ripping across the stage belting out soul hit after another, think River Deep, Mountain High, In The Midnight Hour, Papa Was a Rolling Stone – and that’s just for starters; I suspect there were a few hoarse voices at the end.

Adapted from the novel by Booker prize winning author Roddy Doyle, The Commitments follows the story of Jimmy Rabbitte, a working-class music fan who has big dreams.

Set in 1980s working-class Dublin, the backdrop is simple, its somewhat bleak appearance is soon transformed by a riot of colourful characters and a cacophony of various musical instruments and notes.

Jimmy takes on the task of shaping an unlikely bunch of amateur musicians and friends into a sensational live act, “the finest soul band Dublin has ever produced”. 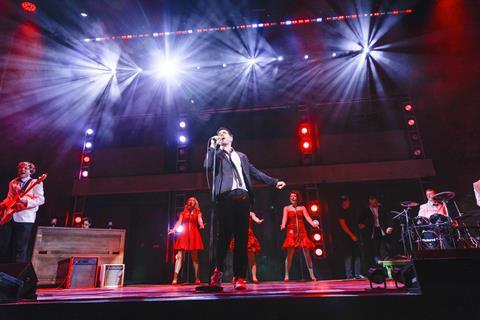 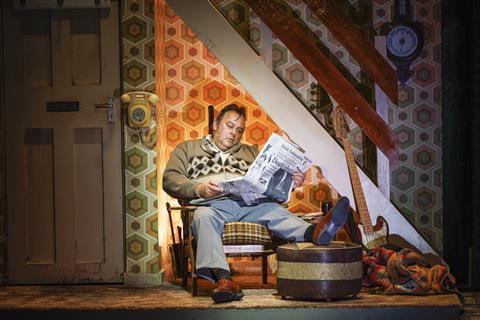 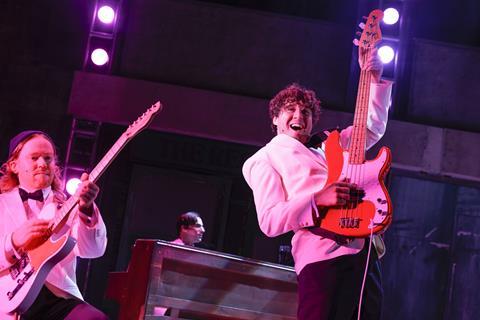 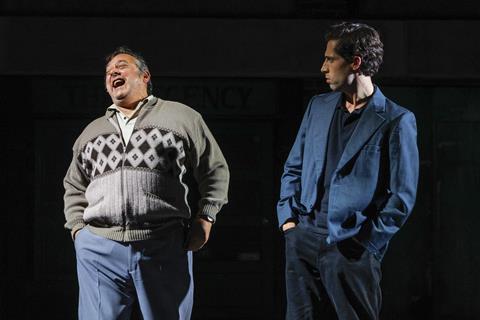 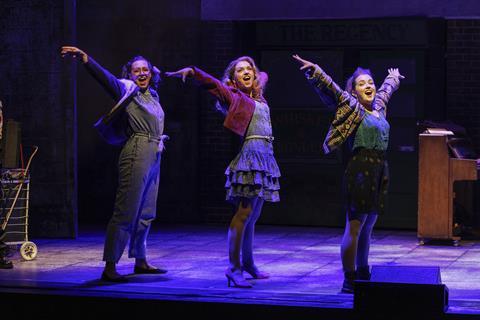 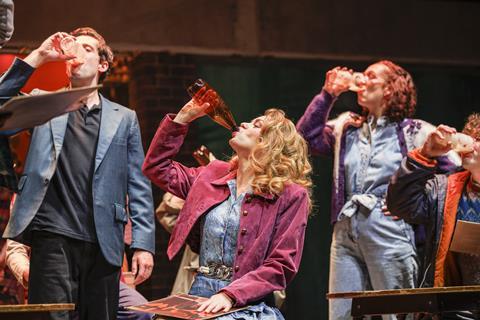 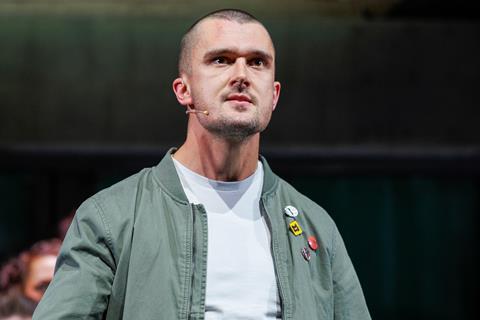 There’s humour from the get-go, from Jimmy’s ‘Da’ (Nigel Pivaro – who played Terry Duckworth in Coronation Street) to a succession of hopeful yet hopeless musicians auditioning for the band. The comedy is beautifully intertwined with warming exchanges, only enhanced by the Irish accents, between the characters as they jostle for their place both in the group and with each other.

For me, Mickah (Ronnie Yorke) got the most laughs, absolutely nailing the role of the hot-tempered bouncer with a very soft and affectionate side.

But it was Deco (Ian Mcintosh) who absolutely stole the show.

The shy, awkward Dubliner we saw at the beginning was transformed by the second act into a soul star; if we believe band manager Jimmy (and I didn’t need much convincing) that ‘soul is sex’, then Deco is our seducer.

Unleashing his new-found voice with a spine-tingling performance of Try a Little Tenderness, his smooth velvety tones melted the audience; perhaps especially after he almost stripped off to get changed just before the interval – we needed it by then!

There were some surprises too. The band’s sax player Dean (Connor Litten) is a joy to watch and there were great vocals from the Commitment-ettes too, especially Bernie (Sarah Gardiner). While the romance between Imelda and Jimmy was a little unconvincing in parts, the cast’s talent left no room for doubt.

The set seems to effortlessly switch between scenes, which is particularly impressive when you consider all the kit needed for the band. The musicians pack up and set up throughout and at times, you forget they’re playing actual instruments. There are reminders throughout though of their rise from amateurs to stars in their own right whether it’s the tangled microphone leads or the transformation from 80s clobber to black ‘penguin’ suits as one of them remarks.

Whether you’ve seen the film or not, whether you’re a fan of the music or not, the musical has something for everyone. It may have taken some of the audience a while to warm up on this October evening but my word, when they did, there was no stopping them.

What began as head nodding and foot stomping ended in everyone out of their seats dancing away to the much-loved soul hits.

We were treated to an outstanding encore including a rousing rendition of Mustang Sally before the curtain came down. It was a moment to remember with the cast clearly enjoying every second as much as we were, still full of energy, it seemed they could go on and on.

Group rates are venue specific with more information at thecommitmentsontour.co.uk