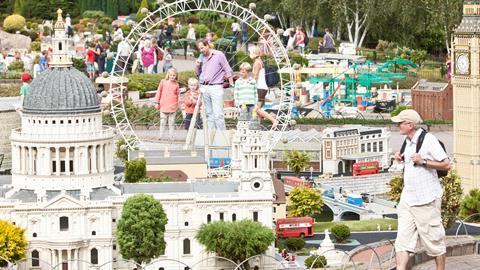 LEGOLAND: Here’s why groups with children need to go

Michelle Ingerfield from Yandell Media, which publishes Group Leisure & Travel, reports back from a family day out at LEGOLAND Windsor Resort.

My family and I walked up to the LEGOLAND entrance in keen anticipation of the exciting day that lay ahead. As we walked in we were greeted by friendly staff and street entertainers jumping on stilts, making the children laugh. With so much to see, where would we start? We began our day taking in the sights at Miniland Explore the World and Miniland USA, both new for 2018.

As we walked into Miniland the children were amazed with the detail of the Lego built into the rocks, depicting the faces of US presidents. I tasked my children to find out where this can be found in the world and asked them who the presidents were. (They managed to name a couple but had to read up to find out about the others).

We made our way further into Miniland. It was difficult to choose where to go with so many amazing Lego buildings and lots of history and fun facts to take in around the various areas.

The children had lots of fun working out which sights around London that they were familiar with. My eldest son Ewan who is 12 and a keen interest in geography and well-known sights around the world, said: “I really enjoyed looking at the fantastic model of the Taj Mahal in India and the forbidden city of china”.

PIctured: Michelle and her family on their day out to LEGOLAND.

There was also lots more to see such as St Basils Cathedral in Russia and the Sydney Opera House and Sydney Bridge.

My children were amazed at the intricate detail of the models and the amount of bricks and hours it takes to build them. This lead to them working on a maths equation which would help them to work out how many bricks per hour per person were laid.

Miniland USA was also very intriguing with models of the Statue of Liberty, the Empire State Building, the Whitehouse and much more. My personal favourite was the NASA models at the Kennedy Space Centre. It is a must-see to stay and wait for the countdown to the rocket launch!

Both the new areas provide a fun and interesting way to learn about so many wonderful sights around the world. It was not only the children taking in new information, I also managed to learn a thing or two! This area provides a great educational tool for young and old (I’m only slightly older, I might add!)

Pictured: Michelle outside the NASA station.

We visited LEGO Reef which is also new for 2018. This is a fun and interactive area for children. Rhys, aged ten, said: “It was so much fun making my own fish and then watching it appear on the screen in front of me!”

LEGOLAND is not only about amazing LEGO buildings and learning, it is a great place for kids to have fun and for families to have a great time together. LEGO Ninjago World, Pirate Shores, Knight’s Kingdom and even more – plus let’s not forget the LEGO Star Wars Miniland model display – which was brilliant as my children are massive fans of LEGO Star Wars.

LEGOLAND is a great day out where children can have fun whilst learning! As a parent, I would fully recommend it.