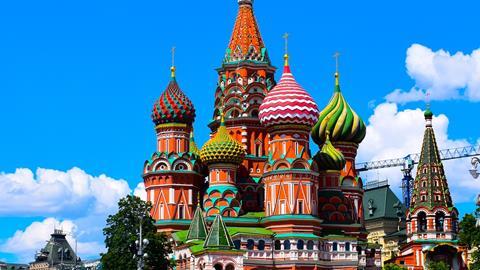 From Russia with love; cruising from Moscow to Saint Petersburg

Russia has recently been in the spotlight with the World Cup. England result aside, it is a winning destination for groups, says cruise writer Jeannine Williamson.

Little Alexander - kitted out with a jaunty captain’s cap - was already producing a mini mastryoshka masterpiece as I tried to recall my schoolgirl painting days and the colours you mix to produce green. An hour later I left the class with a traditional nesting doll which was very rough around the edges and stood no chance of winning the prize for the best in class - deservedly won by a meticulous creation from a lady in the Belgium group.

A trip to Russia is a kaleidoscope of experiences and on a 11-night river cruise from Moscow to Saint Petersburg we certainly packed them in, including the fun Russian doll painting class followed by a vodka tasting party aboard our floating home MS Rostropovich.

As well as days spent in Russia’s two greatest cities, our voyage took us along rivers, including the mighty Volga, flanked by dense forests, small villages with disproportionately sized onion-domed churches and into the heartland of the world’s biggest country, still something of a relatively unexplored destination for even the most seasoned groups. On some days it felt as if we were at sea in the vast stretches of Ladoga and Onega, respectively Europe’s largest and second largest lakes, where at certain points it is impossible to see the banks.

Winston Churchill famously pronounced the world’s largest country as “a riddle wrapped in a mystery inside an enigma”, and today it remains an intriguing destination and it’s fair to say GTOs might wonder what to expect. Undoubtedly it is a country best explored on an escorted tour and a river cruise is a wonderful way to travel in comfort - only having to pack and unpack once – and see many of the highlights.

We were lucky enough to arrive in Moscow the day before World Cup the semi-final and it was an incongruous experience to mingle with good-natured fans from England and Croatia in Red Square on our first excursion.

The 212-passenger MS Rostropovich is part of the fleet of 12 English-speaking vessels operated by Vodohod Cruise and Travel. Vodohod is the largest river cruise operator in Russia with a fleet of 25 vessels and nine international ships serving the UK market. The line has three to five-star ships and offers affordable cruises with group discounts and benefits.

Each day we set off on insightful walking or coaches tour with sights including the imposing Kremlin, seat of the Russian government, Peter the Great’s spectacularly ornate summer palace Peterhof and the delightful wooden buildings of Kizhi with an incredible 22-timbered-dome church. Back on board there was a packed programme of cultural activities including Russian language, song and dance classes, lively concerts by the resident folk band and fascinating lectures by a Russian university professor which gave us a real understanding of Russian history, politics and everyday life.

Pictured: Dinner on board the MS Rostropovich

It was an incredible voyage of discovery where I immersed myself in the spirit of all things Russian; including taking home a truly unique mastryoshka doll souvenir, the vodka tasting and learning how to say cheers like a local - na zdorovye! And, of course, I couldn’t resist the opportunity to send postcards signed “from Russia with love”.