Jeannine Williamson talks to GLT about some of her most favourite river cruises and explains why groups should try them. 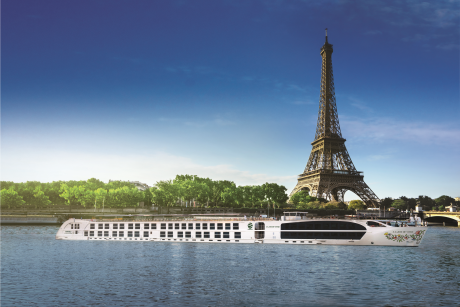 With spectacular scenery combining castles galore, dramatic gorges, charming villages and cities such as Cologne, Vienna and Budapest, it’s easy to see why the Rhine, Main and Danube attract the highest number of river cruisers. However, if you’ve already sailed down these waterways with your group members and are looking for new inspiration here are some of GLT’s other favourite European rivers - plus a new twist on a familiar theme.

With the majority of Danube itineraries running from Vienna to Budapest, it’s understandable to think there might not be much to see south of the Hungarian capital. Yet the Lower Danube is a fascinating and very different stretch of the river which runs through Bulgaria, Serbia and Romania and flows out into the Black Sea. It’s more remote and you’ll see far fewer river vessels, which adds to the sense of adventure.

A highlight is the nature reserve on the UNESCO-listed Danube Delta where your group can embark on a thrilling boat safari into the reed-covered wetlands to spot Europe’s biggest flock of white pelicans.

The town of Koblenz is famous for the 19th century Ehrenbreitstein fortress which is one of the largest castles in Europe and situated in a strategic position overlooking the confluence of the Rhine and lesser-known Moselle. Quieter and narrower than the Rhine, the Moselle winds through the heart of Germany’s wine-growing regions and takes in towns such as Cochem, one of the prettiest places on the river with a castle perched on a 300ft promontory and a delightful old town filled with half-timbered houses.

The Historic Mustard Mill, dating back to 1810 and is the oldest continually operating mustard producer in Germany.  It’s also open daily for tours and tastings, and a jar, with flavours including honey, wild garlic, cayenne and Indian curry, is a fun souvenir to take home.

Moving to France, how about combining a trip to Paris with a cruise on the Seine? The French capital is the start and finishing point for cruises that go as far as Normandy and provide the chance to explore poignant battlefields, Rouen where Joan of Arc was martyred and Monet’s house in Giverny where the famous gardens were immortalised in many of his paintings.

For a unique cruise, take a look at the Loire which is lined by fairy-tale chateaux. CroisiEurope pioneered cruises on the river with the innovative paddlewheeler Loire Princesse, designed to navigate its low waters, and remains the only line operating on the Loire.

Another favourite European river is Portugal’s Douro, discovered by the Romans who named it the ‘River of Gold’. Lined with dramatic green landscapes, the once fast flowing river is now a tranquil waterway tamed by dams and a spectacular sight is the cavernous 115ft Carrapatelo lock, which is the deepest in Europe.

All cruises and start and end in the city of Porto and sails as far as the Spanish border with a trip to the lovely city of Salamanca. I particularly loved trying to spot the small stone frog that’s hidden in the ornate facade of the university and said to bring students good luck.