From a major art exhibition to 100 years of the Flying Scotsman and the original Wembley Stadium, here’s a look at some of the special anniversaries to inspire your trips this year.

250th anniversary of the Silver Swan

December marks 250 years since the creation of the world-famous Silver Swan on display at The Bowes Museum in the County Durham. 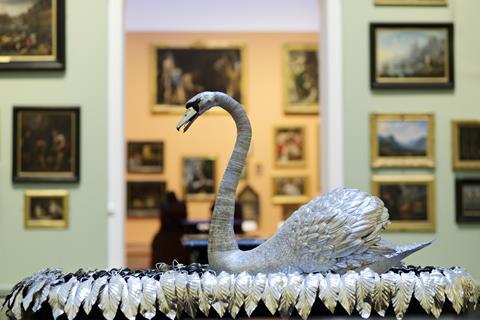 A special exhibition will mark the 250th anniversary of the creation of this unique piece on display at The Bowes Museum.

It was first recorded in 1744 as a crowd puller in the Mechanical Museum of London jeweller and 18th century entrepreneur, James Cox. The internal mechanism is an intricate clock like device that powers the delicate movements of the swan’s neck.

The museum will stage an exhibition to celebrate both the swan and explore the life of its creator John Joseph Merlin, who also invented roller skates.

Set up by brothers Fred and Harold Panton as a memorial to Bomber Command –and as a tribute to their eldest brother who was shot down and killed in March 1944, the Lincolnshire Aviation Heritage Centre will celebrate 35 years of being an independent museum this year.

The centre is home to some of the rarest and important aircraft of World War Two including the Avro Lancaster NX611 ‘Just Jane’. One of only three working Lancasters in the world, it’s the centrepiece of the museum and is currently being restored to airworthy condition. Groups can pre-book exterior tours of the Lancaster and special rates are available.

Towner Eastbourne, the oldest gallery and collection on the south east coast, celebrates its centenary with a wide-ranging year-long programme. The line-up includes the Turner Prize, which will come to the Sussex coast for the first time (between 28th September 2023 and 14th January 2024). 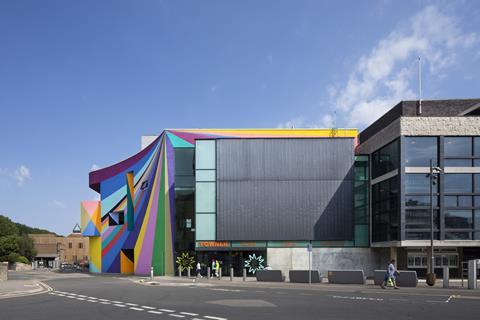 From 1923, the Towner Collection was kept inside its first home, an 18th century manor house. In 2009 it moved into a modernist-style gallery where it is today.

The series of major exhibitions will take visitors on a journey through the Towner Collection which is made up of more than 5,000 works of art that reflect and reveal the history of Towner as a public art gallery.

Groups can book onto a regular Art Store tour on alternate Sundays or get in touch to arrange a bespoke behind-the-scenes visit which can also include catering packages.

Centenary celebrations of the Flying Scotsman

The legendary locomotive, which was built in Doncaster, turns 100 on 23rd February. York’s National Railway Museum is planning a series of events to celebrate the centenary including a national tour and a series of exhibitions.

Flying Scotsman: 100 years, 100 voices, will open at the museum from 10th February featuring stories from people whose lives have been touched by the locomotive plus objects from the museum archive.

Between February and June, groups can see the full collection of original watercolours created for the new Flying Scotsman book written by Michael Morpurgo and illustrated by Michael Foreman. And in April, the Flying Scotsman will be on display at the museum which is free to visit; groups can pre-book a trip to the museum by calling 033 0058 0058.

You can see constellations and galaxies with the naked eye here, beneath the most pristine dark skies in England. There are dedicated observatories and a number of stargazing locations for groups to check out as well as various experiences to make the most of the location.

August has been announced as the milestone month although there’s some debate over when the anniversary should be. The pier was built between 1872 and 1875 and most records seem to point towards the August Bank Holiday of 1873 as the official opening day. 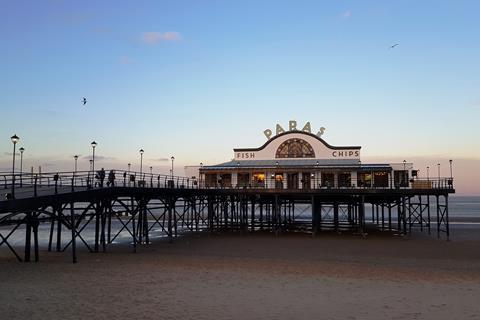 In its first five weeks of operation back in 1875, a total of 37,000 people were reported to have paid a penny admission to walk along the new deck.

The original pier was 366m (1,200ft) long but was gradually reduced to 102m (335ft) following a devastating fire in 1903 and World War Two measures taken to prevent the Germans landing there. Over the years, the pier has hosted a pavilion and tearoom, a concert hall, the Pier 39 nightclub (Blur played here in 1995), Pier of the Year 2016 and one of the world’s biggest fish and chip restaurants.

A year and a half –550 days–of celebrations are being planned to mark the 550th anniversary of the birth of Ipswich’s most famous son. Thomas Wolsey’s story of social mobility resonates across the centuries. He experienced a meteoric rise from butcher’s son to one of the most powerful men in church and politics – he was a cardinal, a statesman, Henry VII’s chaplain and Henry VIII’s lord chancellor –but his failure to arrange an annulment for Henry VIII’s first marriage, to Catherine of Aragon, led to his downfall.

The events, performances and other activities kick off in and around Ipswich in March this year and connect with other places in England linked to the Wolsey story, such as Oxford, Hampton Court, York and Leicester. There are also plans to create a major visitor attraction and heritage zone in Ipswich’s waterfront area, including Wolsey’s Gate, the chapel of his college, the historic port and other buildings.

There will be a virtual rebuild of Wolsey’s impressive college building too; it was razed to the ground by Henry VIII and used to construct Whitehall.

A century after opening its gates for the 1923 FA Cup Final, the much-loved stadium celebrates 10 decades of holding the nation’s football fans’ hearts and minds. Originally built as the Empire Stadium, the hallowed turf of Wembley has seen it all, from England’s World Cup win in 1966 to 1985’s Live Aid concert.

Groups can book onto a tour of the modern-day stadium during which they will be able to go pitch side, climb the 107 steps to the Royal Box and even see the same crossbar that Sir Geoff Hurst hit in the 1966 World Cup final.

The 12th edition of the Liverpool Biennial marks the 25th anniversary of the UK’s largest contemporary visual arts festival, taking place across Liverpool’s public spaces, galleries and museums between June and September. 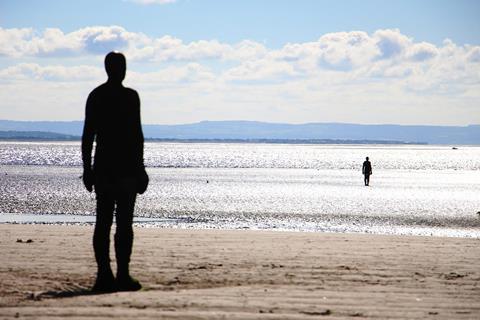 Antony Gormley’s installation comprises 100 cast-iron sculptures made from 17 different moulds taken from the artist’s own body.

Since it began, the event has involved the commission of almost 400 new artworks including Antony Gormley’s Another Place (2005) and Peter Blake’s Everybody Razzle Dazzle (2015).

Operation Chastise, better known as the Dambuster Raid, took place on 16th May 1943 with the crew of 617 Squadron dispatching from RAF Scampton in Lincolnshire. Funds are being raised to add a commemorative stained-glass window to the church in Scampton to join another that was installed to celebrate the Red Arrows home being at the Scampton airbase.

Also to mark the anniversary, the RAF Benevolent Fund will be hosting The Dambusters Ride in Woodhall Spa (13th May). New heritage routes will take riders on a 40-, 80-or 100-mile route.